Post 1 (of several to come) After George Floyd's Killing

Post 1 today after George Floyd's killing. This one isn't the main point. More to come.

I was thinking about the president’s posing with a Bible last night after his speech, as I said my brief morning prayers while wearing tefillin. Tefillin are leather boxes with little scrolls from the Torah inside them, attached to leather straps that wrap around your nondominant arm and around your head in a literal implementation of Deuteronomy 6:8. Trying to get the words into your arm and into your head, by spiritual osmosis. When you take off the tefillin, they leave an imprint on your arm for a while, like when you sleep on the wrinkle of a sheet and then look in the mirror (also your hair, I’m not putting that in a photo).

I don’t keep my tefillin on for very long each morning, not nearly as long as those who say a full service. And this was one of the hardest practices for me to take on for a variety of reasons. I wear the tefillin that belonged once to my great-grandfather and that I got refurbished in the Old City of Jerusalem. I have my tefillin on long enough for me to say the Shma (passage from Deuteronomy 6) about the oneness of the divine, love of God through heart and soul and action, and seeing Torah as new every day, the language I should use to speak, and the lens for “sitting in my house and going on my ways.” Then I say a brief part of a prayer that evokes the Exodus, the part that recalls the divine as one who lifts the lowly and humbles the arrogant and redeems those who call out, and that quotes the song of the first moments of redemption and freedom from Exodus 15.

And even so, with the imprint of all this on my body, it is hard during the rest of the day to be and to appear like someone who was wrapped in the Bible. It’s required in my tradition every day, with the exception of Shabbat and festivals when we hope the very air is so Torah-filled that we don’t need the extra help. It doesn't really "work" just once in a while.

So how dare anyone make a show of holding the Bible at arm’s length, standing on the *outside* of a house of worship he has demanded that people be allowed to enter inside as a national priority. Show me that something has made an imprint on your arm, at the very least. Then I will believe it has anything to do with your actions. Then I will believe you are, in your words, "pay[ing] my respects to a very, very special place." 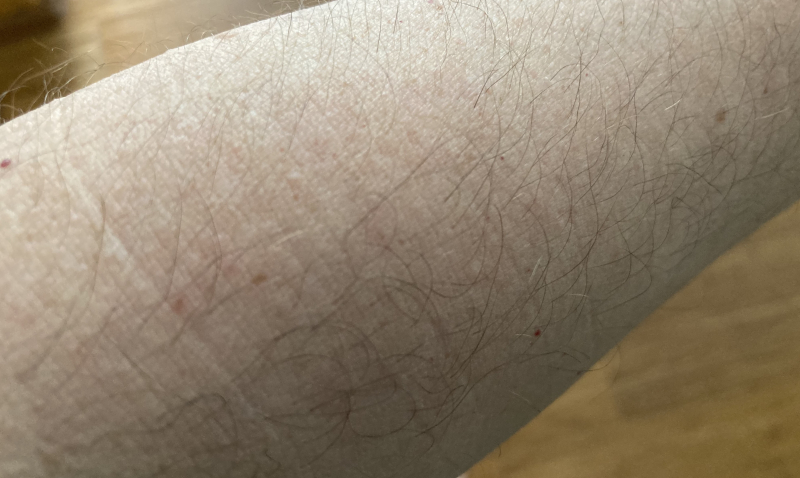