« The Chanukkah Dreidel: Four Ways to Hope | Main | Disrupting Texts is a Tradition -- My Hosea Story »

Dreaming of Better Than Normal 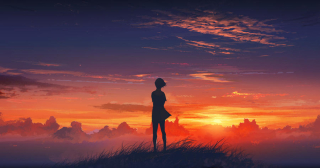 This is the Dvar Torah I gave on Saturday, December 19, 2020. It was the Shabbat immediately following Chanukkah.

Today is what I call the ninth day of Chanukkah. What do we see after we have finished lighting a full chanukkiah? Do we keep an afterimage, do we see in our mind’s eye the next candle, or do we see only what’s not there?

This is the question of Pharaoh’s dreams in today’s parasha.

I want to give credit to our congregant Mara Friedman, who taught some amazing Torah at the start of the week to the Ritual Committee and made some observations that have been bouncing in my mind all week. Mara noticed a few things about the story that begins with Pharaoh’s dreams about cows and grain, and his search for an interpreter that leads him to Yosef and to Yosef’s proposals for Egypt. And she pointed out where some parallels are or might be to today.

The parasha begins with two vivid dreams told from the perspective of inside Pharaoh’s head. In one, there are seven beautiful and healthy cows -- and then seven thin and gaunt cows rise up from the Nile and eat the first ones. In the second dream, Pharoah sees seven beautiful and healthy ears of grain, and then seven skinny ones sprout up behind them and swallow them up.

Mara drew the comparison between Pharaoh’s situation and ours: a society that is prosperous looking at a period of shortage, for some period of time -- for us a shortage of medicine or medical supplies or vaccines, among other shortages and economic hardships.

Mara observed that Pharaoh surely knew what these dreams meant, but for some reason he couldn’t complete the thoughts in his mind or express them out loud in front of his advisers.

She noted that Pharaoh was willing to turn outside his usual group of advisors and listen to someone very different -- an immigrant she said, and I would add an immigrant detained in prison.

She wondered what it was about Yosef that got Pharaoh to listen to him. Where did Yosef’s credibility come from?

And the point that particularly struck me -- Mara noted that the solution Yosef proposed for the upcoming famine did more than just feed Egypt as it had been fed before. It went a step beyond and provided food even for people from other lands, like Canaan where Yosef’s own family was in danger of starving.

I want to build on Mara’s insights and questions, to suggest some 9th day of Chanukkah, Shabbat thoughts for we should approach the months that are coming.

There is a phrase I have been hearing a lot lately: back to normal. Now that the vaccines are getting approved, and manufacturing and distribution is ramping up, when will we be back to normal. That framing is bothering me, and I think Pharaoh and Yosef are there too and have a response for that.

What’s bothering me is that when things were normal here early in 2020, normal wasn’t good enough. Yosef won over Pharaoh was because Yosef didn’t just clarify the subject of Pharaoh’s dreams. As Mara said, Pharoah didn’t need that. Yosef outlined a plan that would get Egypt through the famine in a way that would leave them better than they were before. Not just better off, but a better nation.

Yosef said to Pharaoh: You have a land of plenty, and you should view it that way even when you are thinking about a particularly challenging year or seven difficult years. If you organize with trust in that fact, the plenty will still be there for the years when the Nile is not full to overflowing for crops and graizing. And the famine years won’t just be holding the line, but they will also be years with good in them too. As Mara obsered, during the famine Yosef wasn’t hunkering down and just feeding Egpytians; he could feed people from beyond as well.

That’s what Pharaoh deep down wanted to hear. He had been stuck seeing only the darkness after the night of eight candles. I think Pharaoh had had other dreams during previous nights, dreams where seven beautiful cows were just the start and they were multiplying, dreams where seven ears of grain were seeding more and more fields and feeding more people -- and when those dreams stopped is when Pharoah became afraid.

Anyone could see that Pharaoh was worried about the upcoming shortages. Yosef was graced by God with the ability to see that Pharaoh’s fundamental dreams about his realm were on the line. Back to normal wasn’t going to be enough. Pharaoh’s existing group of advisors were trapped in normal. Pharaoh was like a god -- this was the relatively good Pharaoh we’re talking about -- and it must have been hard for him to show himself worried and frustrated. But thank God for his cupbearer, who saw Pharaoh take that risk and met him there, recalling his own time in Pharaoh’s doghouse as a prisoner of state and mentioning that he had met this Hebrew in prison who could help them forward.

Yosef was the master of dreams. Ba’al ha-chalomot. Obviously, there were things we wish he had known when he was young and dreamed of glory -- and Yosef for sure did want to seize this moment for his glory. But in the moment, he knew that dreaming itself and talking about dreams was part of the practical need of the moment. Yosef knew that the only thing harder than getting through a famine, would be getting through it with self-doubt and without national self-confidence, without a vision of something more than the missing food.

I’ll speak for myself -- my work of operating the synagogue during the pandemic has included wearying and worrying work and also rewarding and energizing work. The hardest work for my own soul has been the time, on average once a month and sometimes more, when a group of us spends an hour or two discussing plexiglass, or formatting all the new forms and spreadsheets that are required to keep track of things that we used to just see and know without effort. This is absolutely necessary, and it’s not inherently difficult, but the weeks when it feels like it’s all I am doing are hard weeks.

My work is easier when we are reaching beyond just the extra steps it takes to do what used to be easy. When we’re talking about going the extra mile to call people we haven’t seen, and then doing that, for instance. It’s actually more work, objectively harder, but it’s lighter and it’s better even so, and it makes the next thing easier even while the pandemic continues.

Yosef and Pharaoh clicked in a shared realization that working at better than normal would actually be easier than working at back to normal.

Normal isn’t enough. But it is a lot, and Yosef said: Let’s use what we have in normal times to make the time after the famine better than normal. Let’s even starting doing some of those things during the famine. It will still be a famine and that will be incredibly hard, and even when things start to ease up the transition back will be stressful. Yosef figured out that it would be important even during a famine to feed new people, and in the same spirit we have found ways to nourish new people, and even nourish ourselves in new ways while we struggle with what is short and what is missing. There are storehouses of grain. There are animals that generate and feed and extend our own power, even now.

When we are able in the future to gather, to sing, to have the casual joys of Kiddush together, it will build on what was and it will be better than it was. When we have restored the basic resources and gatherings so we can take care of more people and work on justice issues, those will build on what was and be better than what was. It will take some work now and in the coming months, to nourish even more and to plan for how we will nourish and be nourished “after”, whenever after is. Just aiming for back to normal would be all kinds of work, and hard work. If we’re going to work that hard, let’s use the same energy for better than normal, and then the work can even be light and energizing.

Today we read in the Torah of the morning after Pharaoh’s dreams of seven disappearing cows and grains. Today is the 9th day of Chanukkah, the day after, and like one time in ten the day following Chanukkah is Shabbat, a day both to rest and to taste the World to Come. Keep the afterimage of the shining, blazing chanukkiah. Let’s try to see nine lights today. Let’s see ourselves as those lights ready to light more, and that lighting will be so much easier than letting it be dark and having to starting with just one sometime later on. Let’s dream together of back to better than normal.